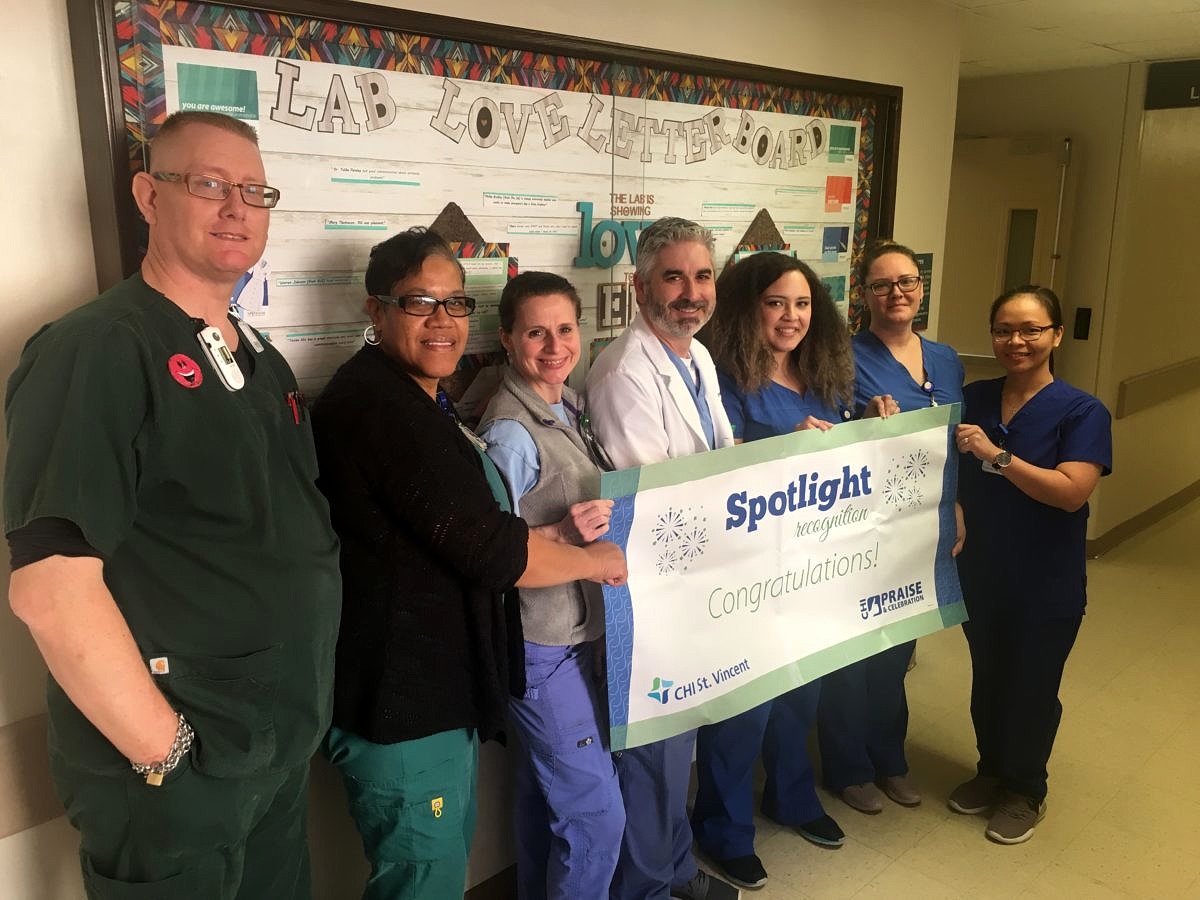 The lab team at the Infirmary was recognized with the Spotlight Award for the love they are showing other departments.

During the month of December, shoe boxes, decorated as Christmas gifts, were placed around the lab. When lab team members felt coworkers outside the lab were going above and beyond expectations, they dropped hand-written accounts of that kindness and teamwork into the decorated boxes.

At the end of the month, the results were tallied, and the ED had the most positive comments. Many of those comments submitted are now featured on the Lab Love Letter Board, located just outside the lab on the first floor.

Bobby Abbott, market director of lab services, said the overall goal of the project is to redirect the team to focus on the positive. 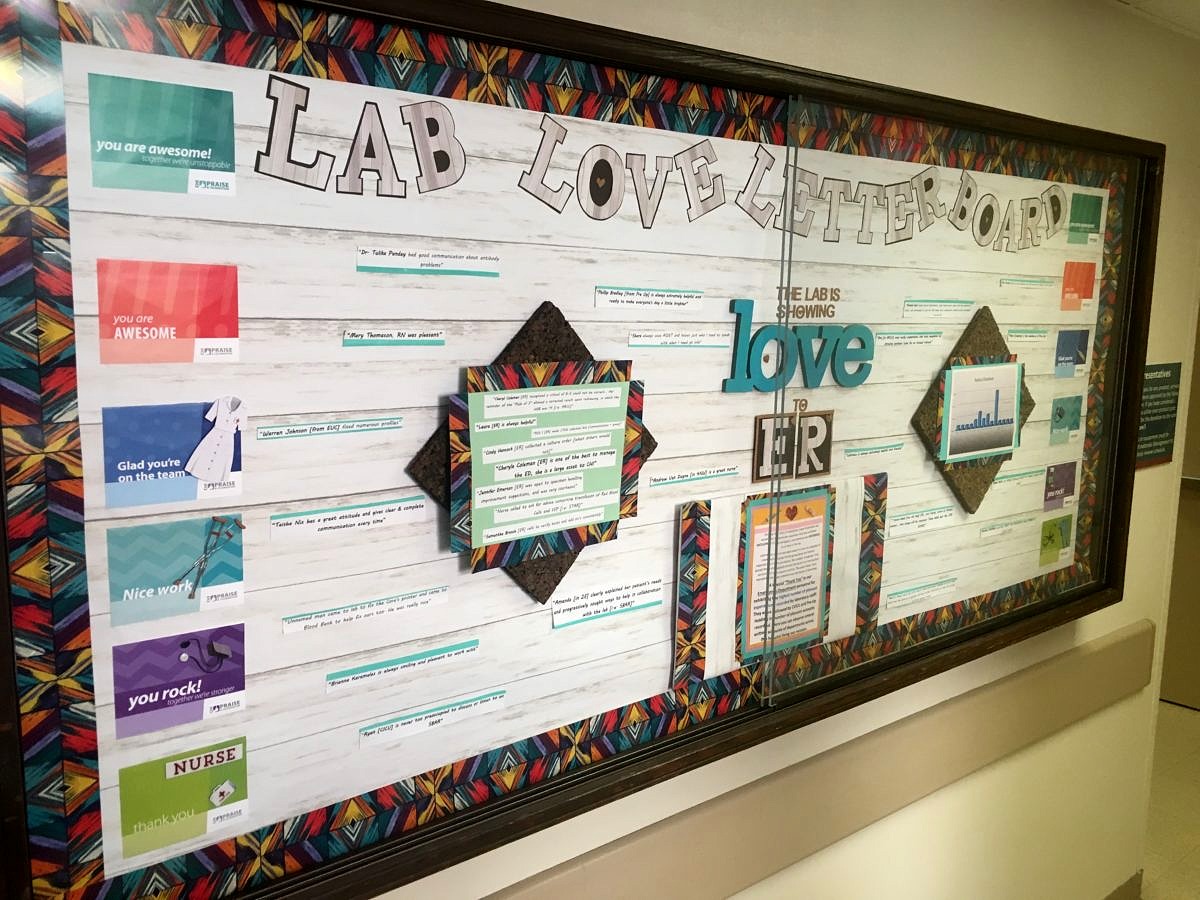 The lab team was inspired to start recognizing other departments after reviewing their 2018 scores from the Coworker Survey (PCA). Their lowest score was a question about technical expertise of the staff who provide direct patient care.

The team felt the scores could be improved if they implemented a system to celebrate their positive interactions, rather than focusing on the delays, troubleshooting or miscommunications.

Lab team member Raven Hefner creates the boards and said it has been a great way to show that all areas of the hospital are working together.

That kindness is paying off. Lab team members have received their own notes of appreciation from ED and other departments for the teamwork they have shown.